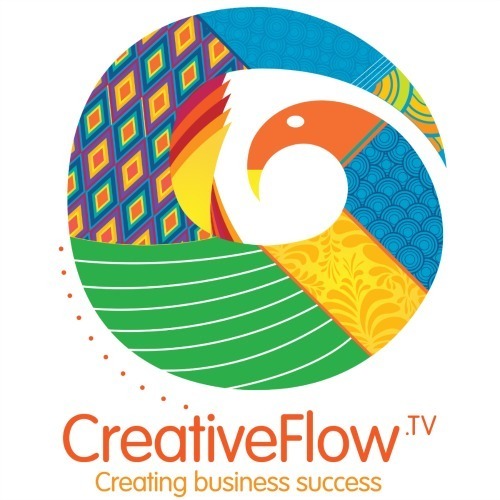 Are You More Like Grace or Frankie in Your Creative Business? 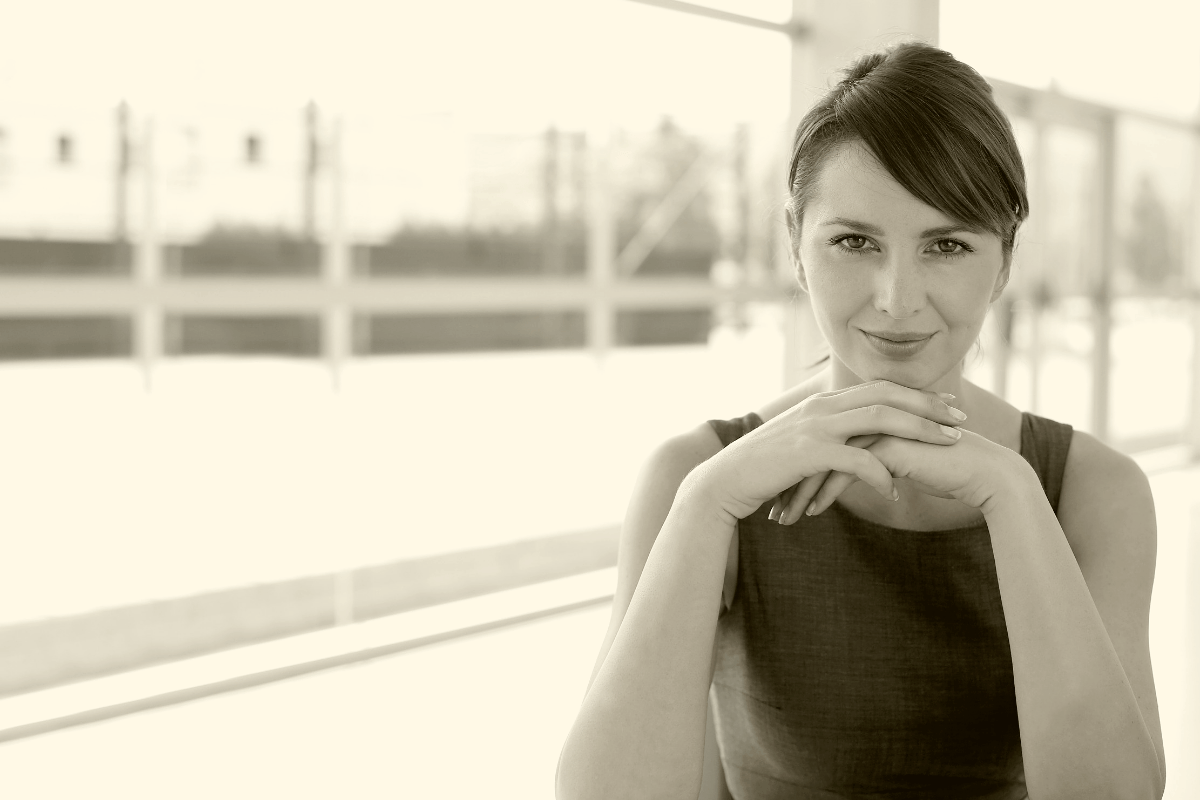 Have you caught the Netflix show “Grace & Frankie” yet? I love it - it’s smart, funny and poignant!

Grace is a Control freak and rigid ideas about how things should be done. She built up a very successful business from scratch back in the day when women didn’t often do that. Determined, strategic, goal and task-oriented, more introverted. She’s big picture and process driven with big dreams. I’d guess her to be an introverted Astronaut. She's a WHAT person.

Frankie is a free flowing hippy, artistic and scatty - always thinking about the team, i.e. her family. Recently to get out of a scrape she cobbled together volunteers - she has a huge network of friends. She's always thinking about how things impact others. I’d guess her to be a Captain profile - She's a WHO person.

And yet there’s more to it than that too…

What You Will Learn In this Show:

PS Want to know “Which is your Sneaky Subconscious Saboteur?” Take the FREE Quiz using the details below…

Take the "Which is Your Sneaky Subconscious Saboteur?" Quiz here:
http://bit.ly/fb-mindsetquiz

Add benefits of these takeaways:

Every person has strengths and weaknesses - it’s all about whether your in the right environment and in the right place in the team.

As a biz owner you get to chose what environment you create - business model, the strategies you use, the people you surround yourself with and of course your physical environment.
You might not be like either of them (Grace or Frankie)

This is a TV show so there has to be conflict and drama - in addition to considering their personality profiles, peoples personal issues will exacerbate their strengths or their weaknesses.

Grace has a lot of barriers up. She has plenty of trust issues which makes it hard for people to get to know her. She acts like she’s Teflon but doesn’t mean she doesn’t hurt on the inside. She constantly numbs herself with alcohol.

She rejects people all the time - but what she’s really rejecting is herself. She was driven to prove herself in her business - but she did this at the expense of her family who she didn’t have a great relationship with
feels very disconnected. I don't think I'd like to have her as a boss.

She takes things really to heart and personal. Everything is about emotions - she wants to have sharing circles and get to the root of any issues straight away.

But not everything is a people issue - sometimes its a systems or process issue. She’s not always very practical - feels very connected.

"﻿We all tend to look to solve problems with out natural tendency - whether or not that's the best approach.

Okay, so here's the thing, right? If you look at Grace and Frankie, what you'll see is that Grace is someone who is quite uptight, she's absolutely perfection in the way that she looks. In fact, I've got a picture of both of them here, just in case you haven't come across this before. So, we can them here. I think this is actually from the last series, not the current one.

So, Frankie is the one who is on the left with the hat, and the hippy-looking clothes, and Grace, now she's actually in a bowling outfit there, so she normally looks even better. But, she makes the bowling outfit look really classy.

The thing is, Grace, she's a bit of a control freak, really. She has quite rigid ideas of how things ought to be done. She's done amazingly well. Her character has built a successful business from scratch at a time, considering her age now, at a time when women didn't do that very often. So, she is someone who is clearly determined, she's very much a strategic thinker, she's very goal and task-oriented, and probably a little bit more introverted, as well.

She's someone who's big picture-driven, big picture, but process-driven as well, so she's always thinking about how to do things as well as what to do.

Now, she doesn't always relate well to other people. Now, this isn't necessarily to do with her profile, by the way. We're going to come on to that. Some things are to do with the profile, some things are other things.

Now, if we look at Frankie, Frankie is the one who is completely free-flowing. She doesn't do planning, she's all about what does she feel like doing in the moment. She's an artist. She's always thinking about other people, though. For her, I think her art is really about communication. It's not about, she's not a prolific artist who does this as her main job. Her main thing has been being a mother, being a wife, and she's all about the community, and about people.

So, that's actually really, even though, and you can get fooled by the fact that she is an artist, and think that, "Oh, she's top of the personality profile, the same as Grace." But actually, I think she's so people-oriented, I wouldn't put her there at all. 'Cause even, any time she has a scrape, what does she do? She calls on people to help her out of it. And she does have ideas, but it's in a different way to Grace, I feel.

In the personality profiling tool, I would put her, I'd say that she's a pilot or, more likely, a captain. But a captain who actually has got that creativity, as well, because she loves variety, and she wants to be kind of, she's out in front, and pushing other people out in front, as well.

Now, you may be a sole trader or freelancer right now. If you want to grow your business then at the very least you've got to be outsourcing. So, how do you know who to outsource to, and what to outsource to them? Well, getting really clear on your personality profile will help you to have clarity on that.

I want you to understand that we all have strengths and weaknesses.

Frankie's strength is clearly how she deals with people, and how she engages with them, that they want to do things for her.

Whereas, I'd say for Grace, her strength is her strategic thinking and, you know, she has a very good business mind, but she does that by being very goal-focused. Quite different in a way then Frankie is in this context.

But here's what I want you to understand, as well, is that it's not all about the profiles. So, we're going to take that down for a moment.

Let's look at some of the patterns that Grace and Frankie have.

Now, Frankie, she's the complete opposite in many ways,

So, here's something, I promised that you would find out a way that you could solve problems better, and here it is, is that, depending on our natural strengths, and let me just bring this up here again.

The people over here with lots of exuberant fuel, so the pilot, captain, ambassador, to solve a problem they'll always think, "Oh, who can I talk to? Who can I ask for help? Who can get me out of this?"

People down in the south here who have lots of sensational fuel or energy, the navigator, expedition leader and ambassador, they will often look at, where and when. What's the timing of this? Let's look at the timing, let's look at our customer service, 'cause that's where their strengths lie.

The one thing that you can do that will massively improve your problem-solving is, rather than rushing into your natural way of solving a problem, is to step back and go "What kind of problem is this? What is the best way approach to solve it?"

So, there's a little hint, tip for you there.

The thing is, is that we all have our own approach to business, and we can all be successful in that as long as we have the right business model, that we're using the right strategies, and that we are being the best of ourselves.

Because if Grace and Frankie, and you can see over the seasons how some of their weaknesses definitely are becoming less. Part of that is because of them collaborating, actually, and therefore they get to make each other's weaknesses less relevant, because they're compensated with the other person.

This is something that we need to do as business owners. Our business is never going to get bigger than we are as a person. Not sustainably, anyway.

For us to make our weaknesses less relevant, as well as how we structure our business, the way that we deal with our personal issues, the patterns that we have that a lot of the time we're not even really aware are there yet, can hold us back, or mean that we don't enjoy our success as much as we could.

That's one of the reasons why, in the comments you will see below, that I've got my mindset quiz. So, which is your sneaky subconscious saboteur quiz. The link is there.

It's free, you can take it, and you'll also get a free training video and e-course that goes with it. Certainly initial feedback that I've had from people who've been taking it is, they keep saying, "Spot on." People are even saying, "Oh my God, that was me," where I'm talking about examples in the training video. So, go and check that out.

Look, if you appreciate the value that you've had today, that I've given away for you, I go into this stuff in way more depth in my coaching and workshops, so if you'd like to find out more about that, just click the button to send me a message, and we can have a chat about what do you actually need, if you need anything, and if therefore, see if we're a good fit, et cetera.

Okay. I'm here same time next week. Let me know what you thought of today's show in the comments. Remember, share your favourite scene or episode in the comments, as well, and do remember to take the quiz because I think you will find it's very interesting. It's a bit of light-hearted fun, but actually there's some really serious tips and insights for you there, as well, if you want them.

I will see you all very soon. Have a fantastic week. Bye. 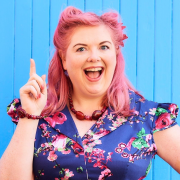 Una is a Business Coach & Strategist for Creative Services Providers (Design, Animation, Marketing/Digital Agencies, etc.). She helps them to stand out from the crowd confidently & profitably so they can attract high-level, 'Ready to Invest' clients, doing creative work that fills their hearts with pride - WITHOUT selling their soul or adding extra workload.

How Do You Keep Your New Year’s Resolutions?

Want to Double Your Revenues? Don’t Make These 7 Deadly Mistakes in 2019!

Could Your Creativity Stop Clients Buying From You?

Want to Raise Your Prices?
Get Your FREE Guide Now & Discover: 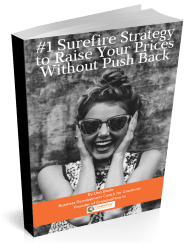 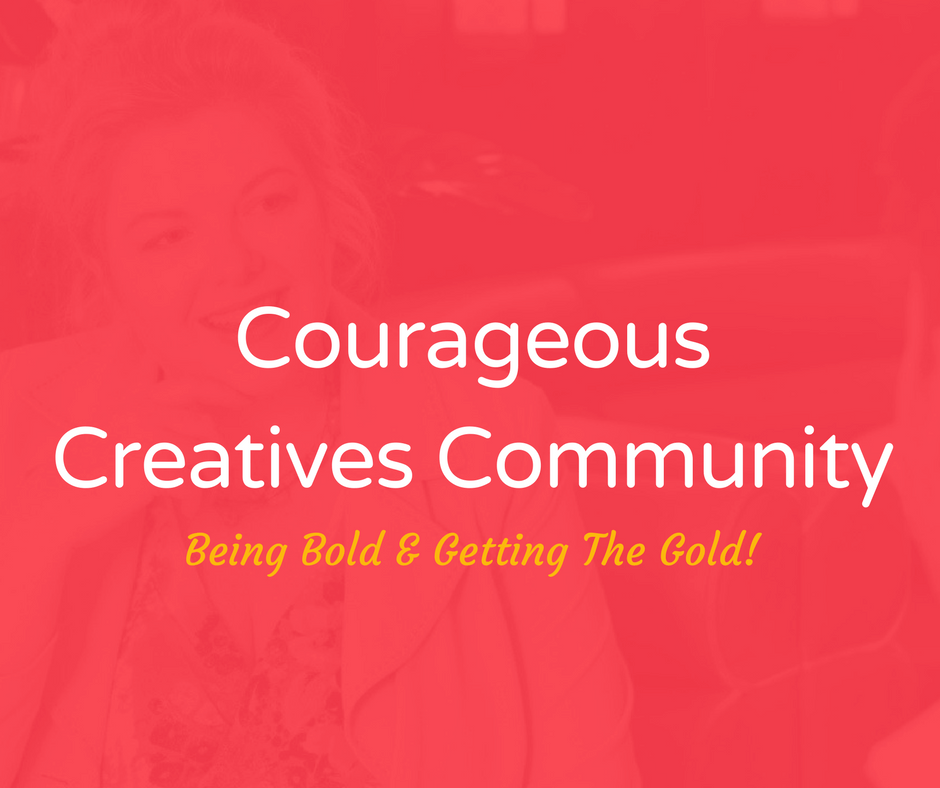 Are You More Like Grace or Frankie in Your Creative Business?
How Do You Keep Your New Year’s Resolutions?
Could Inner Peace Increase Creativity?
Want to Double Your Revenues? Don’t Make These 7 Deadly Mistakes in 2019!
How To Identify What To Focus On Right NOW